Hi everybody! Finally I have a paypal account here, so I'll be able to accept commissions, donations and a couple of things more! :)

I want to thank you all for reading my journal and I hope you'll notice those commissions I tend to offer every now and then. (LJ Icons, Bagdes, Sketches ... etc.) As many people do, I want to put my "tip jar" too; donations are always welcome! ;) they'll help me in buying new art supplies. However I want to underline that's not obligatory, it's just a detail to promote an artist with his works. ;D

Hello everyone!!! I know ... I've been neglecting this place for weeks, months and years: I'm sorry. However, I noticed that many among you did the same. I just hope that someone is following my page, because I'd like to post more photos; Now I'm in Pavia (Lombardy, Italy) and there're lots of things I'd like to show you about this ancient city.

Art and History are everywhere. I wish to keep sharing knowledge with you all, creating a mutual exchange!
Here's a videoclip ... I hope you'll enjoy it. (Subtitles are available in multiple languages)

Thanks for dropping by.
PS: Unfortunately I'm currently unable to draw or paint, so we'll have to wait.

Hey! I'm still around ... I beg your pardon, but I've been kind of busy lately and I couldn't update LJ at all. Anyway, I hope to stay here and keep sharing interesting facts with you! :) BTW, does anyone still read my posts out there? :P

I'm still alive after all ... Unfortunately I don't have much time to write something complete. Many important things happened during the last couple of years; however, I'm back in Spain and I'll probably have to deal with it! :P My project is done and now I'm planning to relax a bit while re-organizing my room. ;)

Life is good! I'm enjoying my first day of vacation and I'm planning to find a job as soon as possible (Probably inside a Museum). :D Well, I'll tell you more if I get those photos I took in Italy. Meanwhile, take care of yourselves! See you soon ... Ciao!

I can barely remember random things, because I need to focus on something important right now: I'm working on a project of mine and it'll be the first serious thing I'll do in my career. Probably I'll tell you what it is, but this isn't a good place to start such a particular topic.
Talking about another subject, I spent two weeks in Ireland with a couple of friends of mine and we had the occasion to meet

_graywolf_ in Belfast. It was simply great! (I never drank so many liters of beer in my whole life) XD

I hope to post some photos if possible, but I'll have to wait until said friends decide to send their own ones over here.

The final point for today is about music: As someone of you may know, I bought a Banjo a couple of months ago ... that's not exactly a typical European Instrument, but I love its sound and I think it has a lot of expressive possibilities. BTW, during our trip in Ireland I also bought a Transverse Irish Flute! Now I'm planning to take some classes and play them both. :D

Well, I tried to keep it short and simple, since I hadn't many occasions to write in English. Anyway, I hope to read something new about you all in the next few days! CIAO!!!

Today, there was another earthquake in Emilia-Romagna at 9:00 AM, measuring 5.8 degrees on the Richter Scale!

Many tremors were registered between 3.0 and 4.5 degrees on the Richter Scale during these ten days, but this one was stronger and we could easily feel it, even if we're 300 - 280 Km (174 or 186 Miles) away from the epicentre; I was in Como and we had to evacuate the university. However, I heard it has been noticed in Austria too. We hadn't seen an earthquake like this for 500 years!

Now we have 15 more victims and around 8.000 displaced persons; Factories and farms are closed, while our cultural heritage is falling to pieces. This situation will last for another week, they say ... so, we have to hold on.

Today at 4:00 AM the region of Emilia-Romagna was hit by an earthquake measuring 6.0 degrees on the Richter Scale; Aftershocks were noticed all around the area and the epicentre was located between two small towns known as San Felice sul Panaro and Finale Emilia, around 5 or 8,5 Km underground (3 or 5,3 Miles). It's an abnormal event, because the alluvial soil of the Padan Plain can usually absorb a good part of seismic energy, but it didn't happen this time.

Fortunately, there aren't many victims ... but we still have 7 dead, 50 injured and over 3.000 displaced persons. However, the whole situation isn't good at all, since many historic and artistic monuments were heavily damaged! Palaces, Castles, Towers, Churches paid the highest price; Their walls collapsed like wet paper and the approaching rainstorms will probably erase what's left.

I really hope to see something restored someday, but that won't be easy.

Here you can see a photo and a technical drawing of two medieval buildings as they appeared before this horrible disaster: The Estense Fortress of San Felice, built in 1340, lost its battlements and the main tower is partially detached from its basement; The Estense Fortress of Finale Emilia, built in 1430, lost its tallest tower. Only debris has memory of those missing parts! 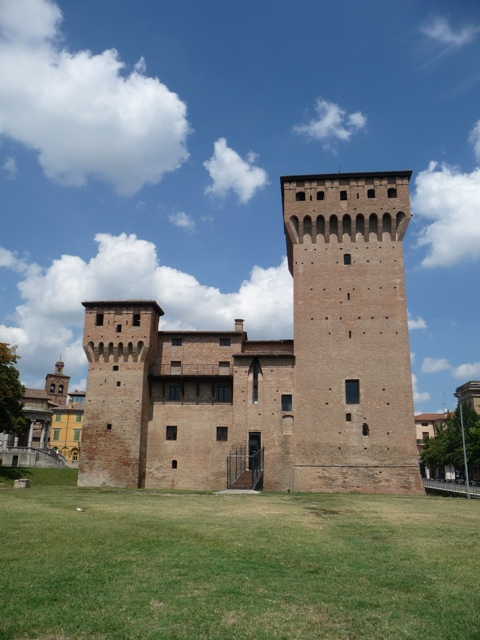 Hi everyone ... I'm back! Sorry, but I hadn't much time to check or write new posts here on LJ; I've been kind of busy, there were more urgent tasks that needed my attention. University comes first, I passed a couple of special exams and I guess I should be proud of myself, but I still have something to do. On a side note, I hope to start working with a professor of mine (I was planning a training period at Sforza Castle or the local Basilica of St. Eustorgius and their museums).

Now I'm spending another summer in Spain with my parents and we decided to took a week to visit the region of Castilla y Leon. That's a nice region; however, even if I still prefer Andalusia, there were some wonderful cities: Burgos, Salamanca and Avila. If things go in the right way, I'll share a couple of photos too!

I confess, I'm getting kind of lazy. I don't know why, but it happens every now and then, I suppose.
BTW, sorry if my English got a bit worse than usual, but I haven't talked or written to anybody in months.

This day, 17 March 1861, it was proclaimed the Unity of Italy! After years of war, Vittorio Emanuele II of Savoia became the first King of our beloved country and Camillo Benso of Cavour, the great architect behind the indipendence, became our first Prime Minister; after centuries of foreign domination, that little piece of Europe gained a new identity.

Everything started with insurrectional movements in 1820-1821, later in 1830-1831, then in 1848; during that same year, the population of Milan expelled Austrian occupation forces in five days. After this last event, followed by many political conflicts, began the First War of Indipendence (1848-1849); however, we had to win three wars to get a complete liberation and annexation of our current regions.

Congress of Paris (1856): After the Crimean War, Piedmont tried to build new relationships to protect its plans of restoration in the Italian Peninsula; that first region was the foundation stone and starting point of a larger campaign.

Camillo Benso, Count of Cavour and General Giuseppe Garibaldi: these extraordinary men were brain and brawn in many epic feats and circumstances. They never accepted each other, their methods were way too different, but they cooperated in achieving greater purposes. Once the Third War of Indipendence was finally concluded, the Habsburg Family gave back the Iron Crown, symbol of the ancient Kingdom of Italy built by Longobards during the VI century. (We'll talk about this in a different occasion)

Rome was conquered in 1870: Pope Pio IX had to renounce to his temporal power and territories, but refused to recognize the newborn nation. However, even if we had problems with the Holy See, the eternal city became capital one year later and we placed our parliament there; Italy became a Republic in 1946 ... many things have changed, I won't tell them all, but I'm glad to see that something lasted during 150 years. We're sons and daughters of patriots and this land is their legacy!

Listen the orchestral version of the national anthem, Fratelli d'Italia - Brothers of Italy.

His majesty, father of the fatherland, the King Vittorio Emanuele II gave a speech before the Piedmontese Parliament, when he said: "Our country, small in size and proportions, gained credibility with European Councils thanks to the greatness of its ideas and the ability to endear itself to others"

Hi everybody!!! :D I'm back here for a while, sorry if I didn't leave many comments on your Livejournals, but I've been (and I'm gonna be) kind of busy recently; I'm getting prepared for some new exams. This university won't wait for me! ;D Well, I passed three of them now ... later there will be four more on the way this semester. These are my currently passed subjects:

BTW, I want to thank

gatcat once again for sending me that new Mad Magazine issue about SPY vs SPY! I can't wait to read it. I'm planning to see my parents as soon as possible, I'm going to pay them a short visit in March; I've already found a flight and I'm sure I'll enjoy the stay this time. :P

On a different side I started to follow some episodes from the animated series "Avatar: the last Airbender" and I discovered that I really find it interesting; in other words, I simply love it! They recently redubbed the third season in Italian and I could see it until the end. I like the symbology behind the four elements, but certain things tend to be dangerous since I had a couple of strange, yet awesome, dreams about this particular story.
I was thinking to develop a character sheet about a figure with Timebending powers; Time could be a good fifth element after all, it's immaterial, but it affects the matter itself under many points of view. I'm curious to know your opinion, because I'd like to see if you share this little fandom with me. 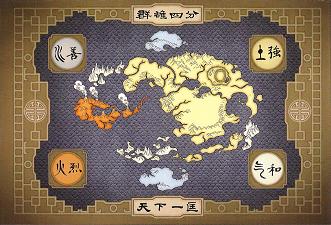